Day 1 - Reykjavik to Selfoss
Day 2 - Selfoss to Hella
Day 3 - Trip to Landmannalaugar
Day 4 - Skogar to Vik
Day 5 - Vik to Hof
Day 6 - Hof to Egilsstadir
Day 7 - Egilsstadir to Myvatn
Day 8 - Highland trip to Askja
Day 9 - Myvatn to Akureyi
Day 10 - Akureyi to Arnarstapi
Final Day - Arnarstapi to Reykjavik
Landmannalaugar (Icelandic pronunciation: [ˈlan̥tmanːaˌlœiɣar̥] (listen)) is a place in the Fjallabak Nature Reserve[1] in the Highlands of Iceland. It is at the edge of Laugahraun lava field, which was formed in an eruption around the year 1477.  It is known for its natural geothermal hot springs and surrounding landscape.
Landmannalaugar is the northern end of the Laugavegur hiking trail. The Iceland Touring Association operates a mountain hut with sleeping bag accommodation for 75 people and a public toilet with showers.  During the tourist high season there is also a small shop there that sells coffee and basic groceries, a horse tour agency. ICE-SAR highland patrol in Fjallabak operates from here. Several bus companies have regular trips to and from Landmannalaugar during the tourist season.
Landmannalaugar is only accessible in summer. The dates that the roads open vary from year to year. Typically the road from the north opens earliest, sometimes as early as late May, more usually by mid-June. The western approach usually opens in June, and the eastern approach usually by the end of June. The roads usually remain open through September, and road access may finally be lost any time from late September to early November. 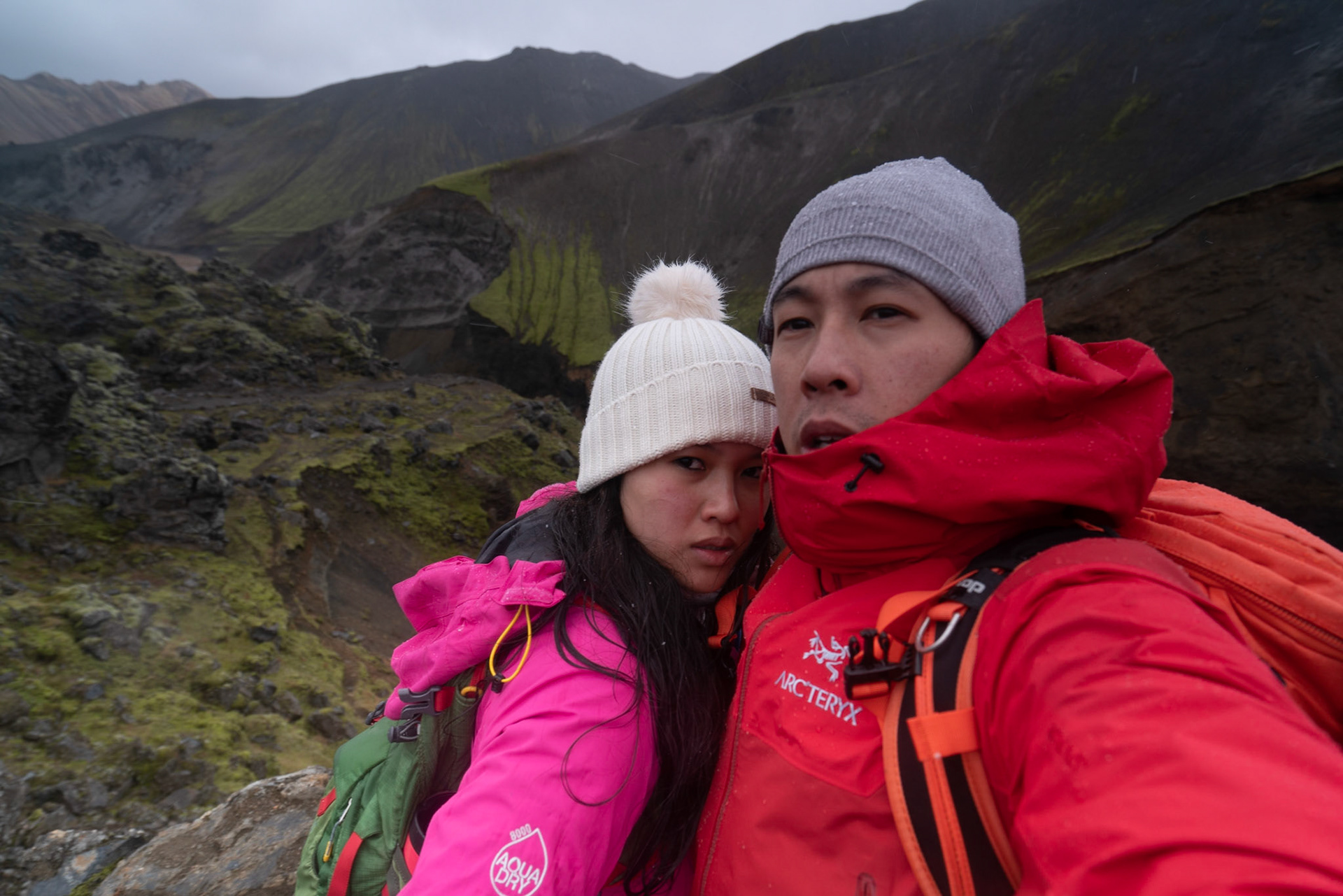 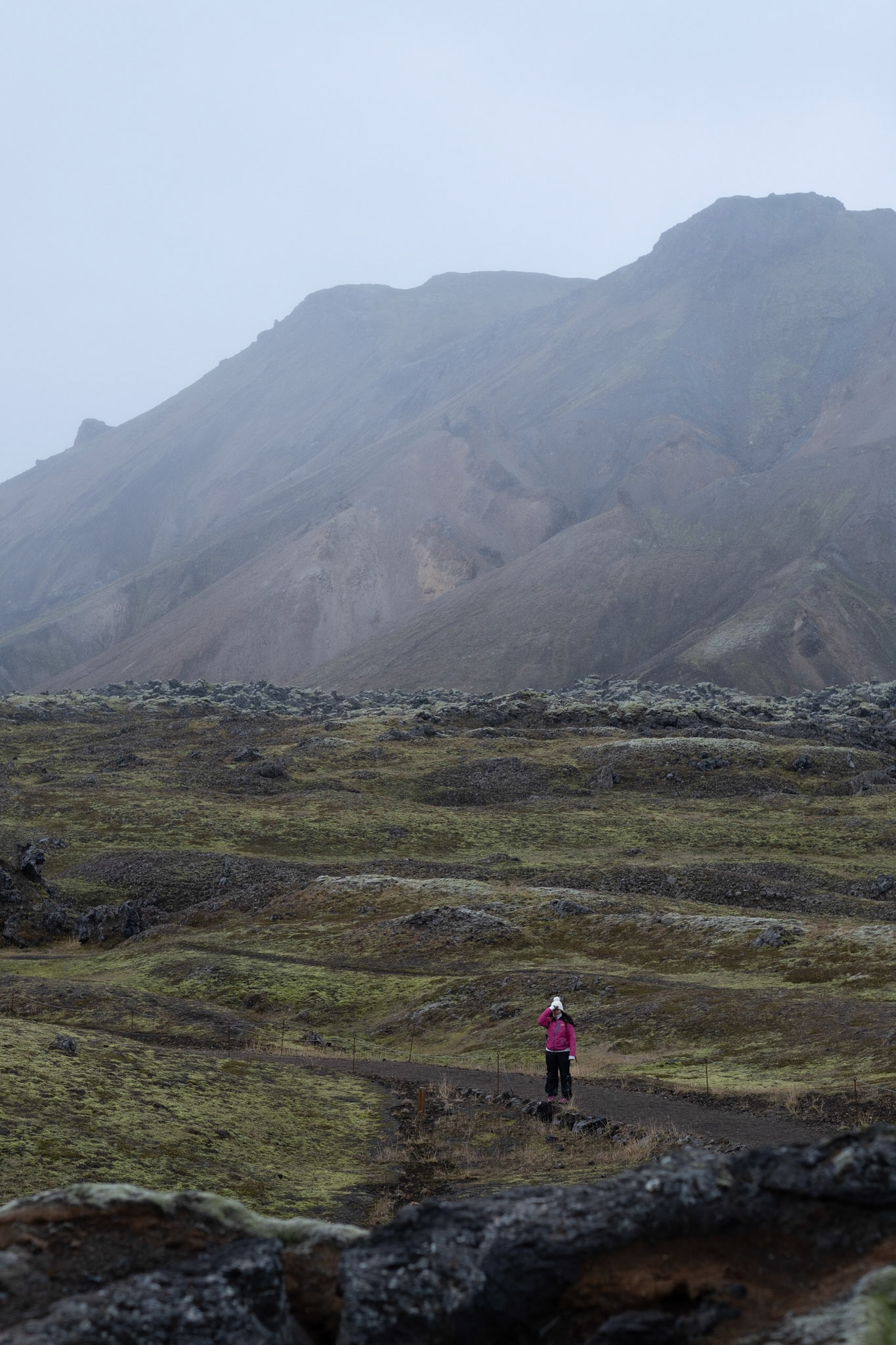 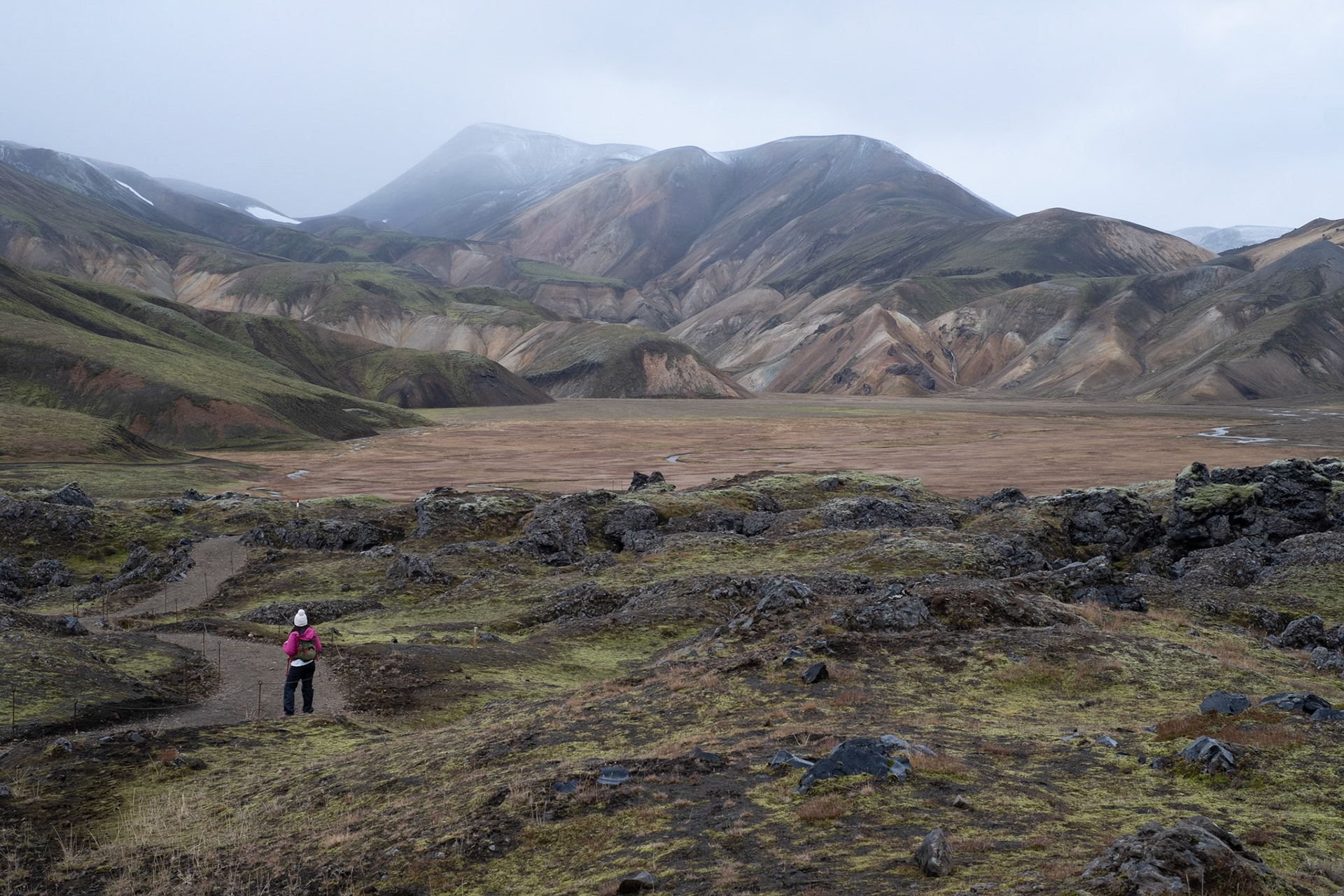 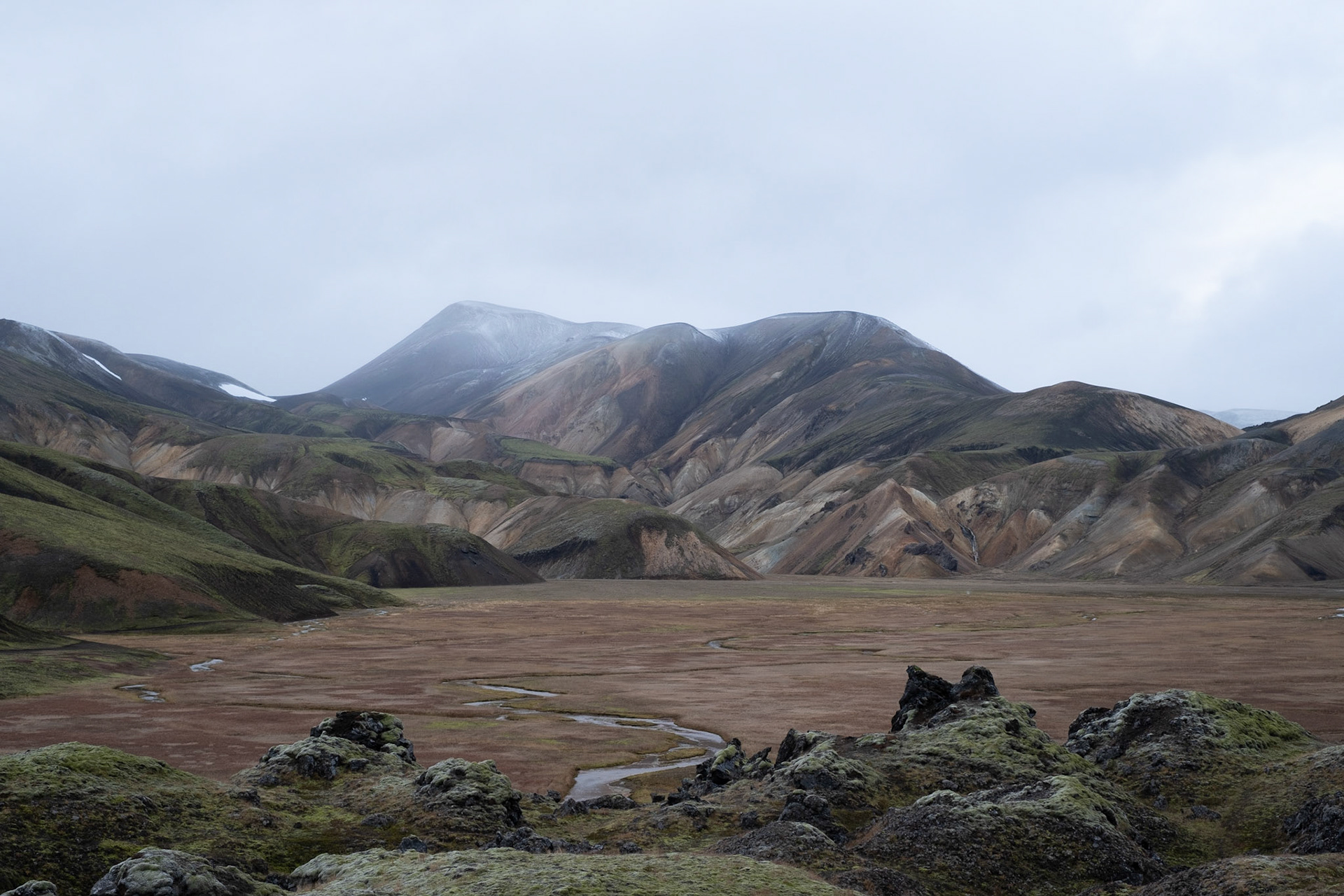 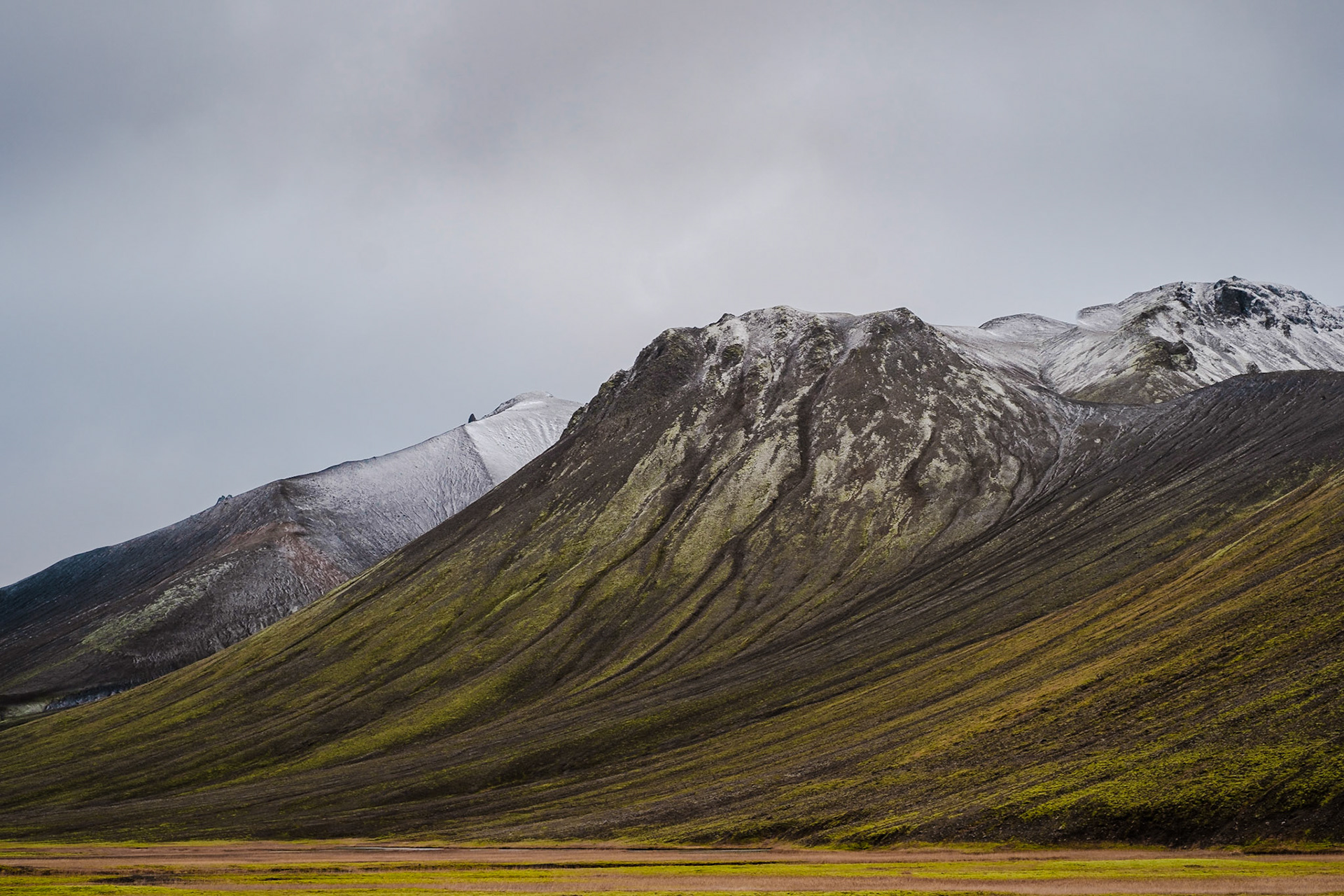 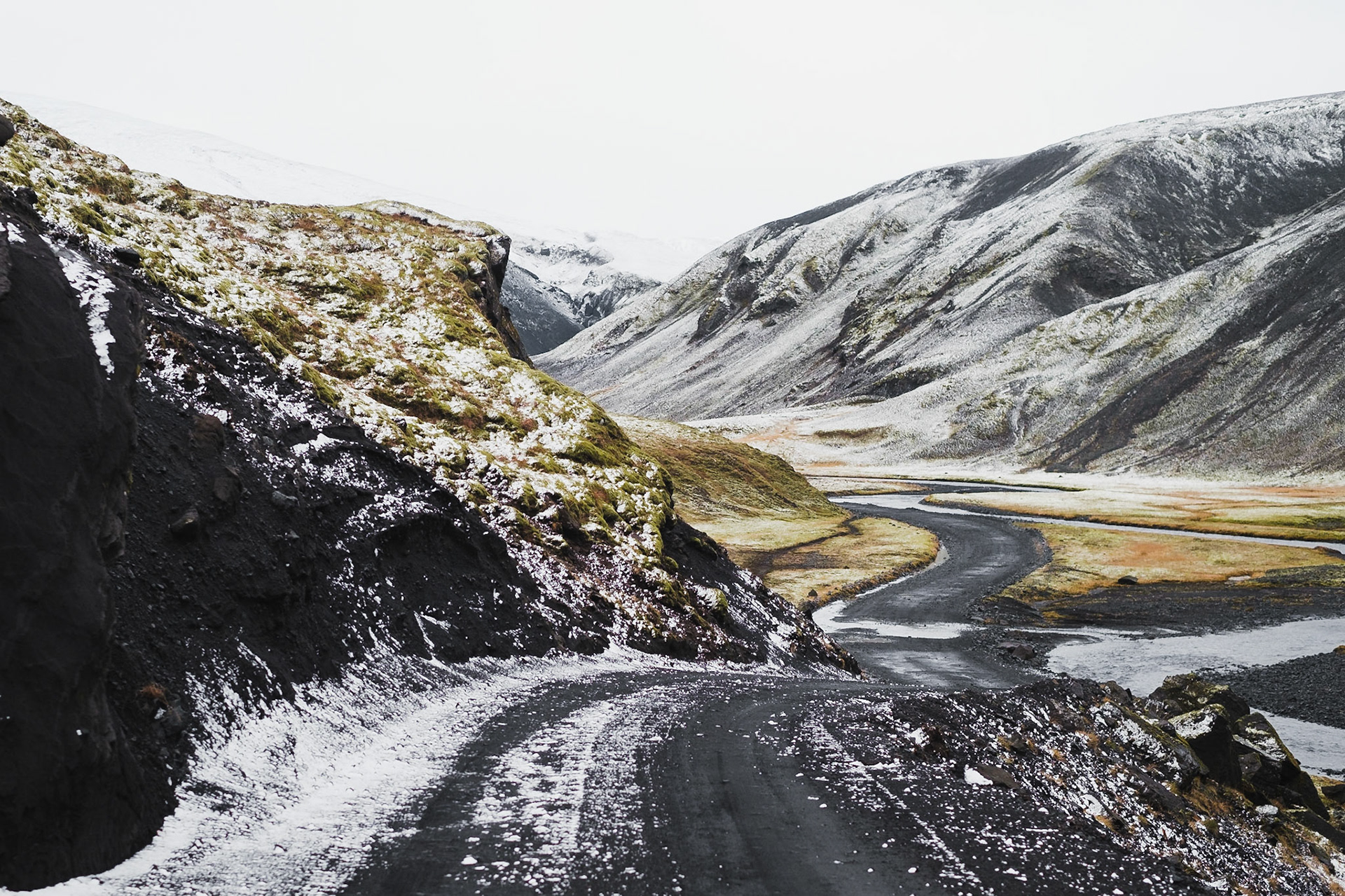 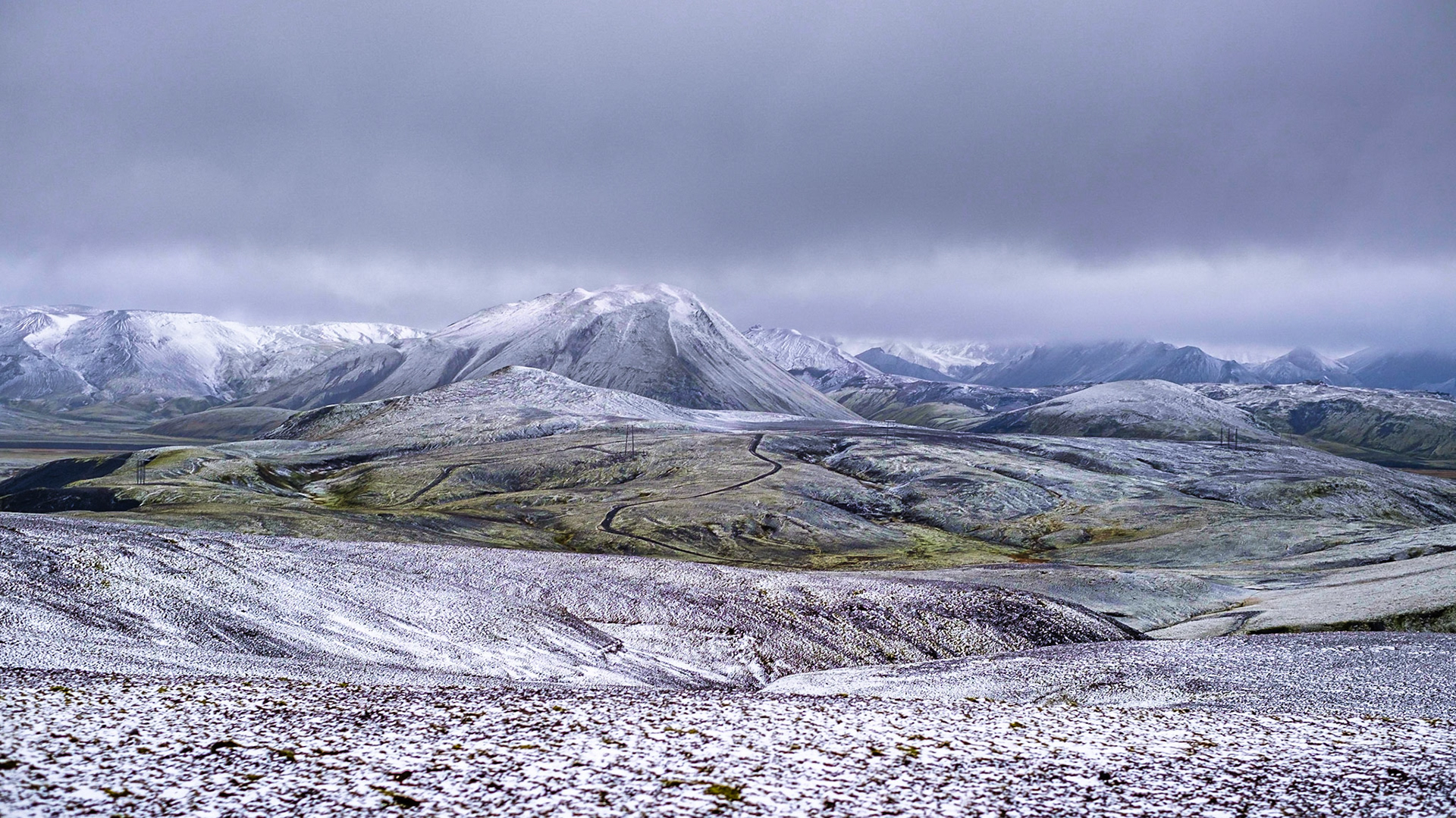 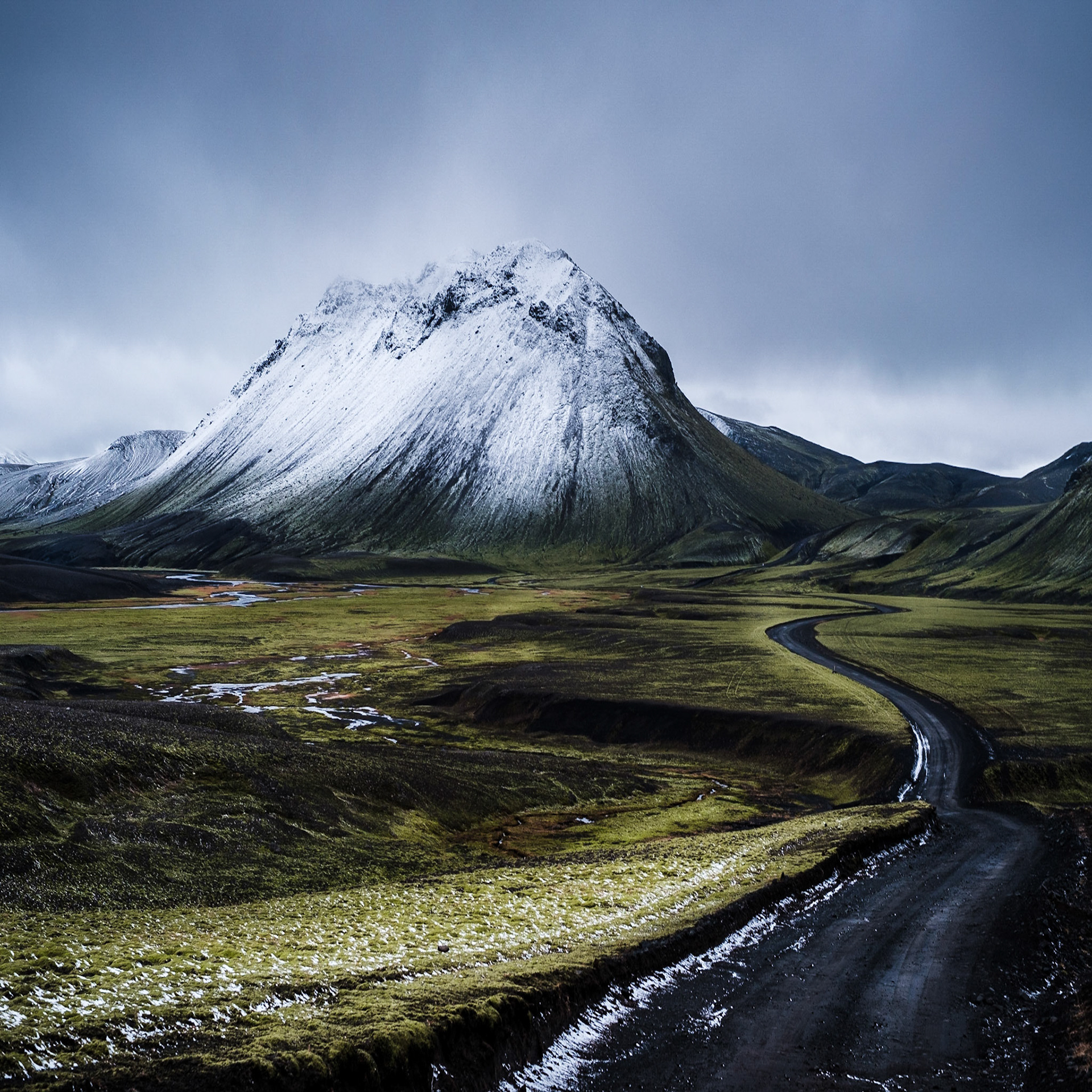 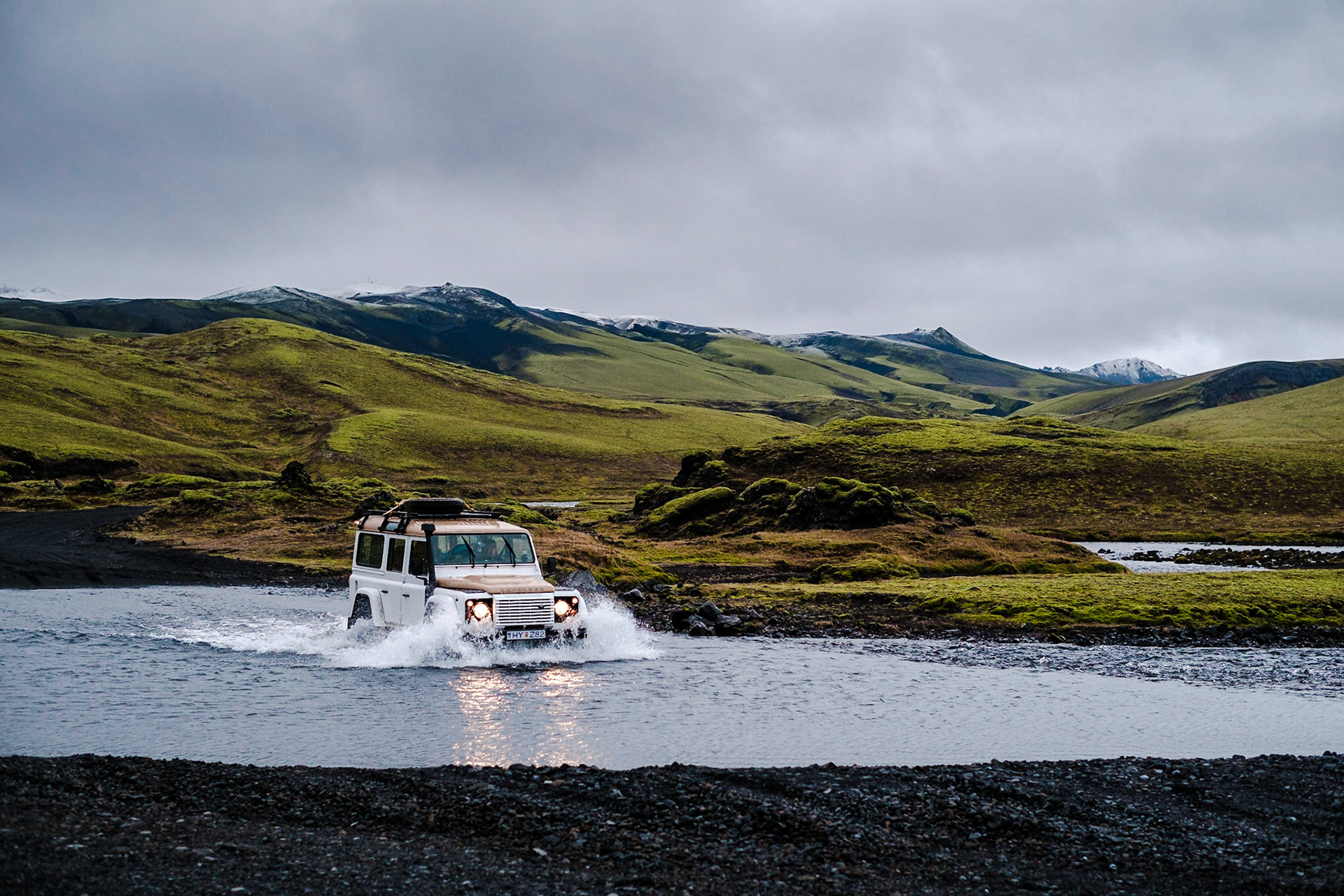 Many river crossings, Lancelot took them in his stride!

Day 6 - Hof to Egilsstadir
↑Back to Top